Here is my layered Photoshop illustration which is my template for painting the board. Somethings may still be added on and I am thinking that I still want a ribbon somewhere with Moby & Me. Sometimes I need to get the image drawn up to scale and then see where things need to be jigged around. I am also still of two minds as whether to paint Moby's body an ice-white as it appears now or leave it the ivory of the board. Hmmmmm. 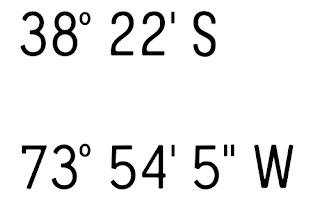 Not sure if you can see clearly but there will be co-ordinates sprayed on the board as a top layer. These are the directions to Mocha Island off the coast of Chile. Said to be the home of a famous albino sperm whale in the 19th Century, called Mocha Dick. Thought to be the inspiration behind Herman Melville's White Whale. In Mapuche Mythology the souls of the dead are believed to travel west to visit the island. 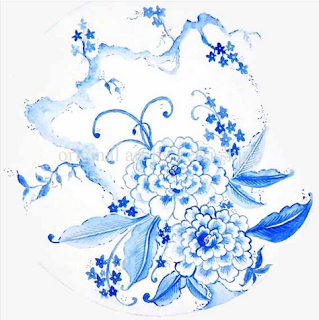 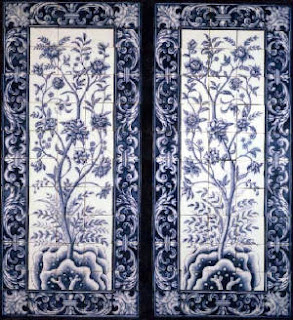 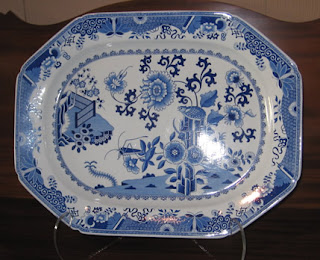 I have done a full body blue chinoiserie tattoo, I like the idea of their being Spode or Delft platters in the Captains cabin, probably not historically correct but no matter in the realm of imagination.
Posted by Kim Longhurst at 10:37