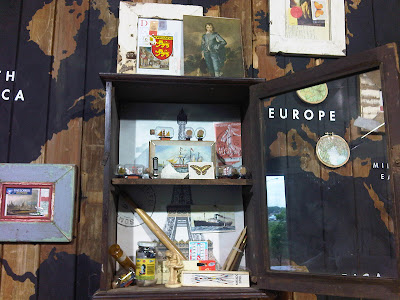 I could not possibly be asked to choose between a hardware store and a haberdashery, throw in a pawn shop and I would be rendered paralytic with indecisiveness. The joy of these kind of stores especially the vintage kind is that they often overlap. I can spend hours in a trance surrounded by jars of nails, tacks and many strange shaped small metal things which I have absolutely no idea the purpose of. 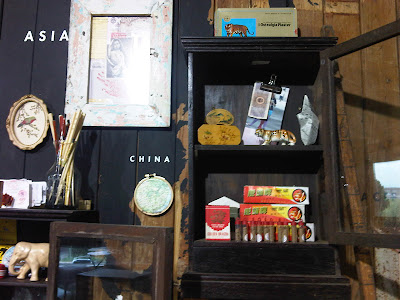 Over the next 2 weeks I will be documenting the installation that I am curating for the CON AMORE La Lucia store Haberdashery. This is the sequel to the World Map wall in the entrance to their flagship Kramerville store. Much of the work has already been done and I have been sourcing elements for months, I am going to do a few step-by-step posts similar to the BOARD LOVE series I did in November 2011. Which will be interspersed with some sneak peeks of some of the collectables and a few mood boards as well as my colour palette. 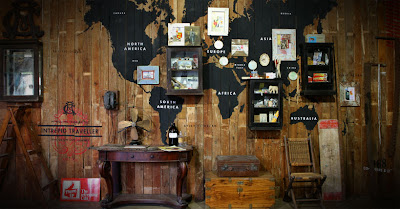 The collecting part has a certain frisson which is amplified when I find a piece that is exactly the perfect colour or exactly the perfect fit for the story that is unwinding in my head. The best part though of all is letting that story tell itself when all the elements direct my hands until they are each in exactly the place they want to be. Stick close I have a whole trunk of treasures that are whispering and jostling each other, waiting, just waiting to be seen.
Posted by Kim Longhurst at 07:39