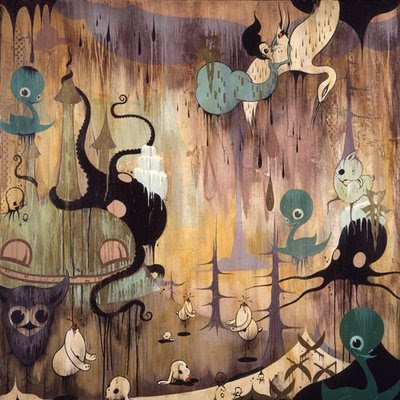 Camille Rose Garcia is the first artist on my Lowbrow list, a visual art movement that oozed out of LA in the 1970's. It is the art of the sub culture. It embraces punk, comics and zines, hot rods and tattoos. It is also known as POP Surrealism. It is often naive, has a sense of humour and leans towards the dark side of life. Many of the artists are self taught and there is a strong emphasis placed on craft, traditional and folk art based. What is not to LOVE! Originally some art critics doubted that it was a legitimate art movement and it was largely excluded from the fine art establishment during the early 80's and 90's but artists such as Mark Ryden helped to turn the tide. 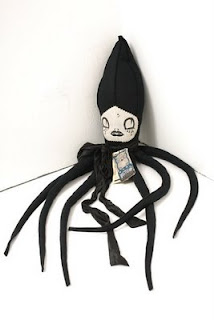 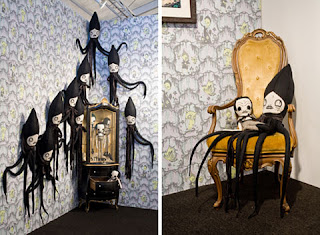 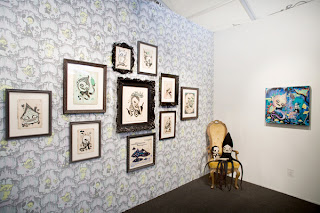 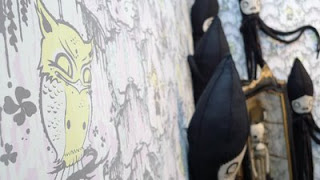 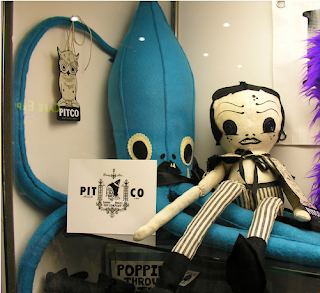 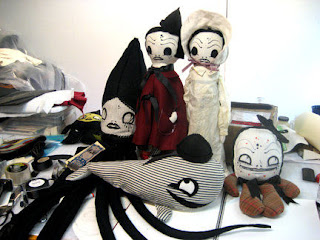 Camille's body of work is expansive and it was really difficult to choose from my favourite pieces, just Google her and you will get to see all the lovelies. These images are from an exhibition at SCOPE in NYC, March 2009. They tie in rather nicely with this months Nautical/Toy theme. They are not Camille's first toys, which were vinyl and beautiful, but her plushy reaction to the environmental evils of producing vinyl toys.
Posted by Kim Longhurst at 06:24